In our environment, there was having issue to use NSM push security update to one pair of Juniper SRX 240. NSM is the only method to get update from Internet and push those updates to SRX. Most of SRX are fine working with NSM. Occasionally pushing from NSM failed with following message:

After checked device has enough space to hold those updates, we tried following procedures to fix this issue:

After update NSM attack database, we tried push again and this time, it is successful: 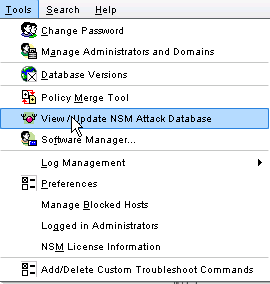