Check Point’s released annual security report recently to disclose 2014 security trends and issues that are on the rise or in decline by analyzed their collected event data from three different sources around the world.

The Evolution of Malware: 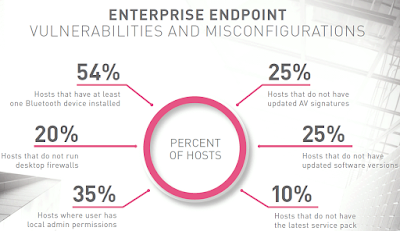 What Happened in an average day at an enterprise organization: