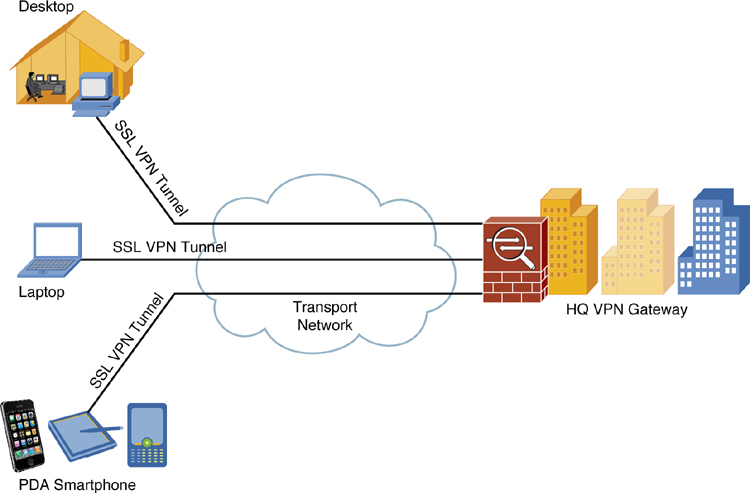 Initially, AnyConnect was an SSL-only VPN client. Starting with Version 3.0, AnyConnect became a modular client with additional features (including IPsec IKEv2 VPN terminations on Cisco ASA), but it requires a minimum of ASA 8.4(1) and ASDM 6.4(1).

Related posts in this blog:

In this post, Cisco Adaptive Security Appliance Software Version 9.1(2) and Device Manager Version 7.1(3) have been used as an example.

INTERNAL network can access all DMZ networks with NAT-ed DMZ interface ip 172.17.3.12. But there is no access from DMZ to INTERNAL.

ICMP Echo reply packets have to be allowed on DMZ interface to make ping working from INTERNAL to DMZ work. 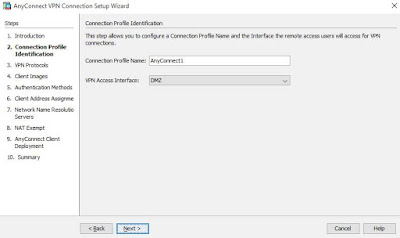 3.3 Create and Use a New Self-Signed Certificate 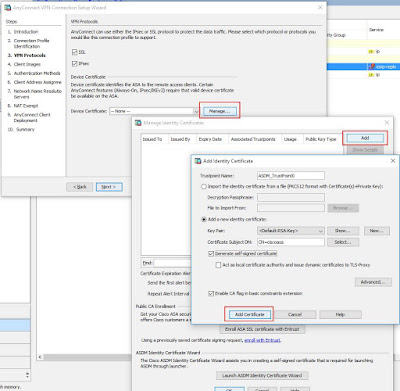 3.5 Use Local Accounts in ASA as Authentication Method 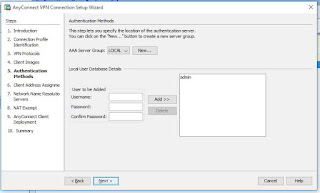 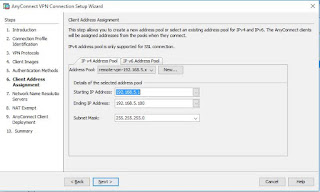 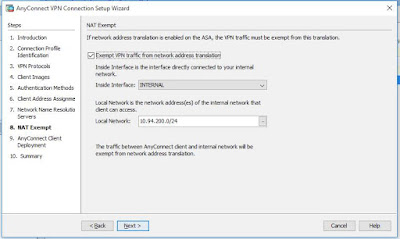 Note: In this wizard, you will only can exempt one local network from NAT configuration. If you have multiple Internal local networks, you will have to work on configuration manually from CLI to exempt all of them from NAT. Else, you will get a deny for your non-NAT-exempt traffic. 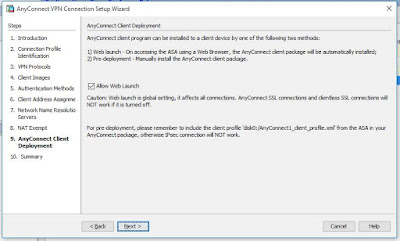 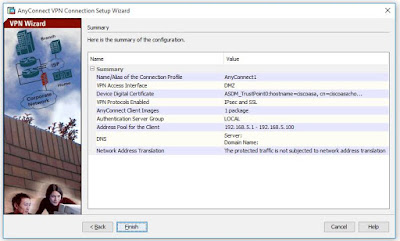 If Split Tunneling enabled on AnyConnect VPN Configuration, VPN user ‘s traffic to Internal Network (10.9.200.0/24) will be split from other traffic such as Internet Traffic. In this way, AnyConnect VPN user can keep their Internet connection at the same time having local Internal network access. 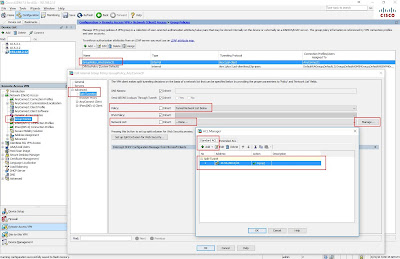 By default, the user will use DfltGrpPolicy. You can customize your local user to use different VPN Group Policy and different VPN Connection Profile. 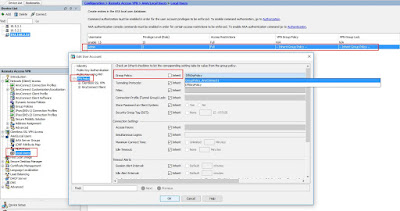 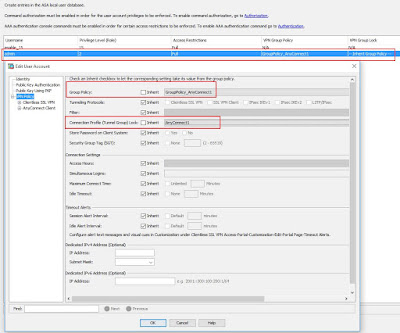 How to Solve SSL VPN and Web Firewall Issues