WAN optimization provides a range of features to: (1) improve the performance of applications running across the WAN; and (2) reduce the cost of the WAN. The range and scope of features supported by
WAN optimization solutions continue to evolve, typically in support of three high-level needs: In support of these needs, WAN optimization includes some or all of the following functionality:

WAN optimization is typically deployed in-house via physical appliances in a symmetrical solution — that is, the devices are deployed at each end of the network connection, such as in the branch office and the data center. These appliances can also be deployed as virtual appliances or as a cloud resident service. For mobile or remote users, WAN optimization can be deployed as a soft client that runs on individual user devices. Some features, such as HTTP optimization and bandwidth management, can operate in an asymmetrical fashion, allowing deployment at either the branch or data center end of the network.

2016
Riverbed Technology has been recognized as a leader in the Gartner Magic Quadrant for WAN Optimization for the 9th Year in a row.
In December 2014, Riverbed was acquired by Thoma Bravo, the same private equity firm that took Blue Coat private in 2012. 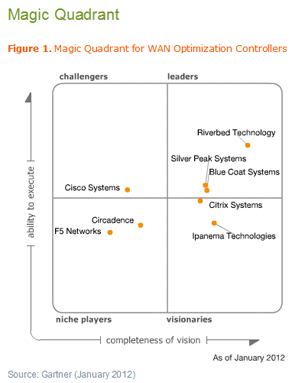 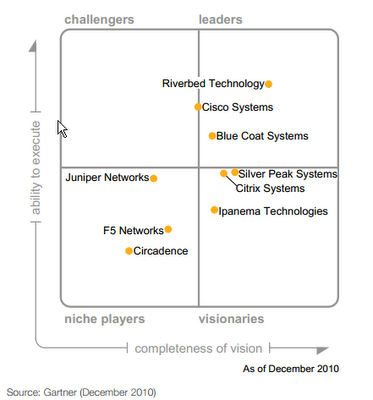 Install OpenWRT as Single-Arm Router Without Changing Your Home Network