How Much Google Cloud Platform Charges on F1-Mirco VM

I have been using GCP for my small blog site for a while. It was not been charged much since the traffic is small, a couple of thousand visitors per day from the world. The GCP credit is still having more than $384 30 days before the trial day ended.

To better trace the charges, I decided to spin up another VM around 10PM Sep 28 2018 to track how much it will charge daily with this minimum f1-micro (1 vCPU, 0.6 GB memory) VM.

I choosed Ubuntu 16.04 (Xenial Xerus) on f1-micro. License is free for this OS. The only service enabled on this f1-micro VM is Mysql used as backend of my blog. FrontEnd is another PHP/APACHE VM hosting in another GCP account.  I have hardened the firewall rules to allow only MySQL in from a specific ip.

Based on the GCP Always Free Usage Limits, I should be able to have following services as free: 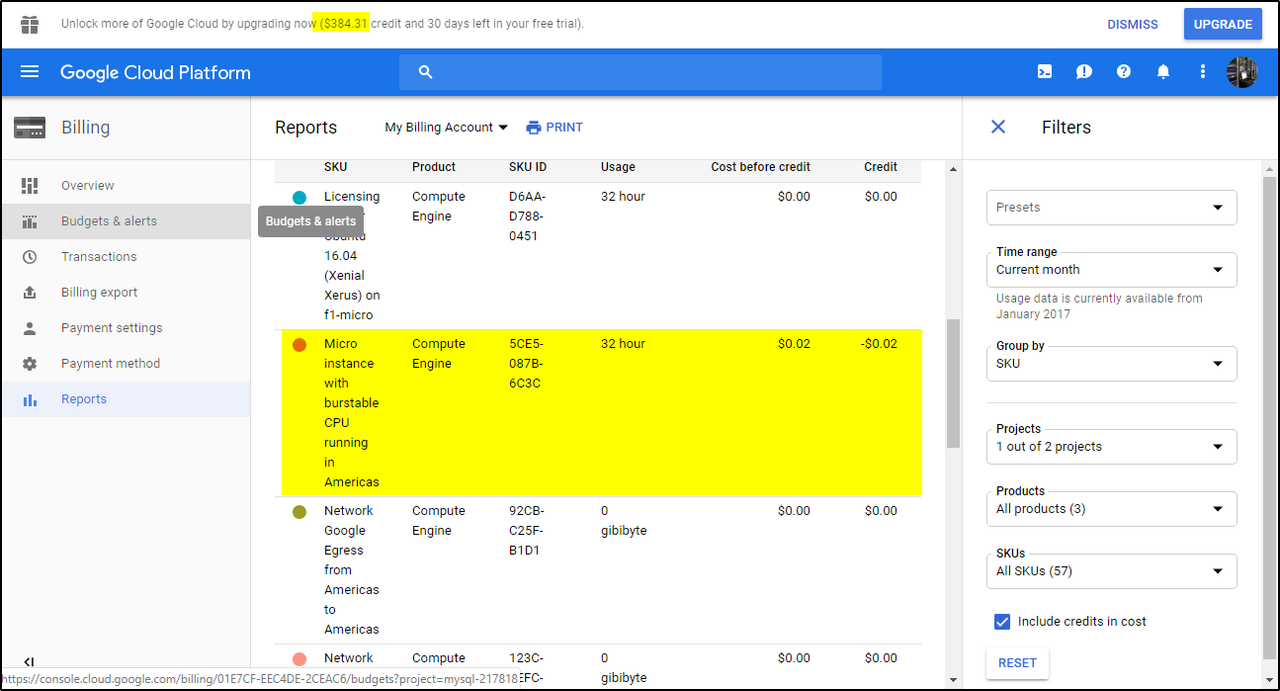 Basic there are two charges:

Google Cloud Platform network pricing page, ingress traffic is free, while egress traffic is charged based on the source and destination of such traffic. Also both Google and AWS charge $0.01 per GB for inter-zone networking. This cost will happen even two VMs are in the same zone. My Apache2/Php front end vm is in same zone as my Mysql back end vm , which is us-east1-b. I will need to double check this one after a couple of days.

GCP warned me instance “mysql1” is overutilised and let me consider switching to the machine type: g1-small (1 vCPU, 1.7 GB memory).

I am guessing anytime if CPU is exceeding 20% usage, this charge kicks in. Here are two diagrams for first 32 hours and first 58 hours. 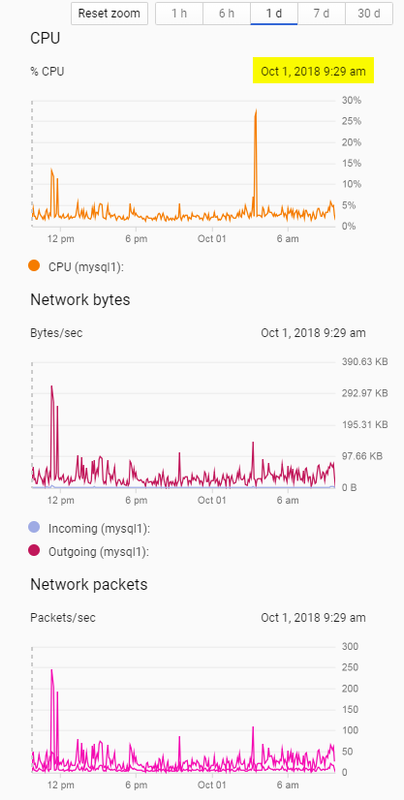 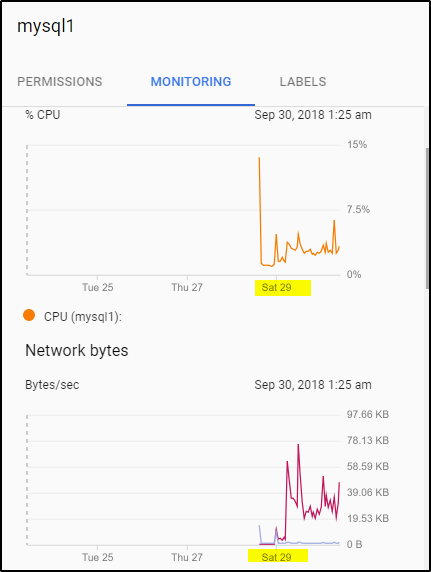 I got another $0.26 charges for last 26 hours because of burstable cpu usage.

There is no CPU burstable cost for Oct 1. I checked CPU, and there is only one spike which is about 25%.