Jul 24, 2020 Docker
Kubernetes as container orchestration platform is very hot topic now. In this post, I am trying to follow Rancher and K3S guide to integrate them.

It is much easier than what I thought before for installing both and integrate them. One command for Rancher and one command for K3S, then modify k3s service file to change container engine from containered to docker. After that, another command to import K3S into Rancher. That’s it.

Although K3S integrates Containerd by default, for many reasons, for the convenience of subsequent deployment, we will replace Containerd with Docker here.

Copy the third script for next step to import cluster into Rancher. 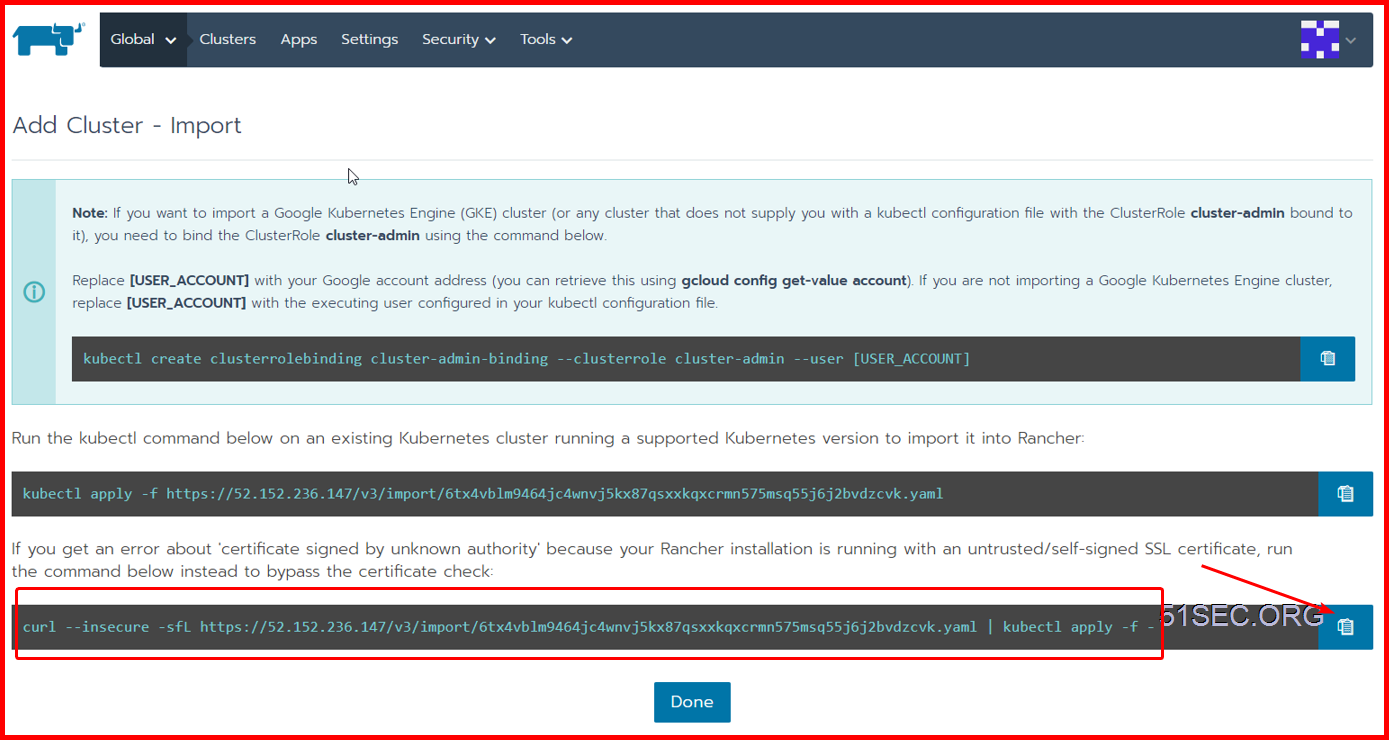 Let’s start the deployment of the K3S cluster.
The official website k3s.io provides a very useful one-command installation script, we only need to use the one-command script to complete the installation of the K3S environment:
After the installation is complete, we need to adjust the K3S service configuration file to disable traefik .
Note: Traefik is a modern HTTP reverse proxy and load balancer made to deploy microservices with ease. It simplifies networking complexity while designing, deploying, and running applications. Traefik is deployed by default when starting the server.
Modify the configuration file of the K3S service:
The contents of the file are as follows:
Here we need to modify the value of ExecStart and modify it to:
After saving and exiting, execute the command to reload the new service configuration file:
Restart the K3S service after completion:
Wait for tens of seconds, and then confirm whether the K3S cluster is ready through the command:
You will get a result similar to the following:

Import the K3S cluster to Rancher

On the current Rancher Server, the cluster status is displayed as Pending , like this:

This is because we have not yet imported the cluster. In this step, we will import the cluster and establish a connection between Rancher Server and the K3S cluster.
On the K3S master node (in general, the first node is the master controller, also called the Server node), execute the command to import the cluster:
Note: The import commands of each cluster are different, please do not copy the import commands in the tutorial directly!
After that, the following information will be returned in the Shell, indicating that the cluster import configuration is successful:

Go back to the Rancher interface and wait for tens of seconds, we will find that the Pending state has changed to the Waiting state:

At this point, we have successfully completed the connection between Rancher 2.x and K3S, and can operate the K3S cluster just like the K8S cluster.