Aug 12, 2018 Security
The NGFW is the first line of defense to protect against today’s evolving threats and is a critical component of any defense-in-depth strategy.  The NSS Labs NGFW test methodology has evolved from the previous testing to reflect the threat landscape and therefore, this latest testing includes SSL inspection.  This is an important key test factor because most vendors see huge performance impacts when SSL is turned on, preventing them from publishing SSL performance on their datasheets.  With the expanded use of secure sockets layer (SSL)/transport layer security (TLS) in the traffic traversing the modern network, an NGFW must be able to inspect encrypted content. NSS Labs evaluated firewall products with 190 different evasion techniques, more than 2,000 exploit tests and throughput tests.

NSS Labs designed the test to focus on the following four areas: 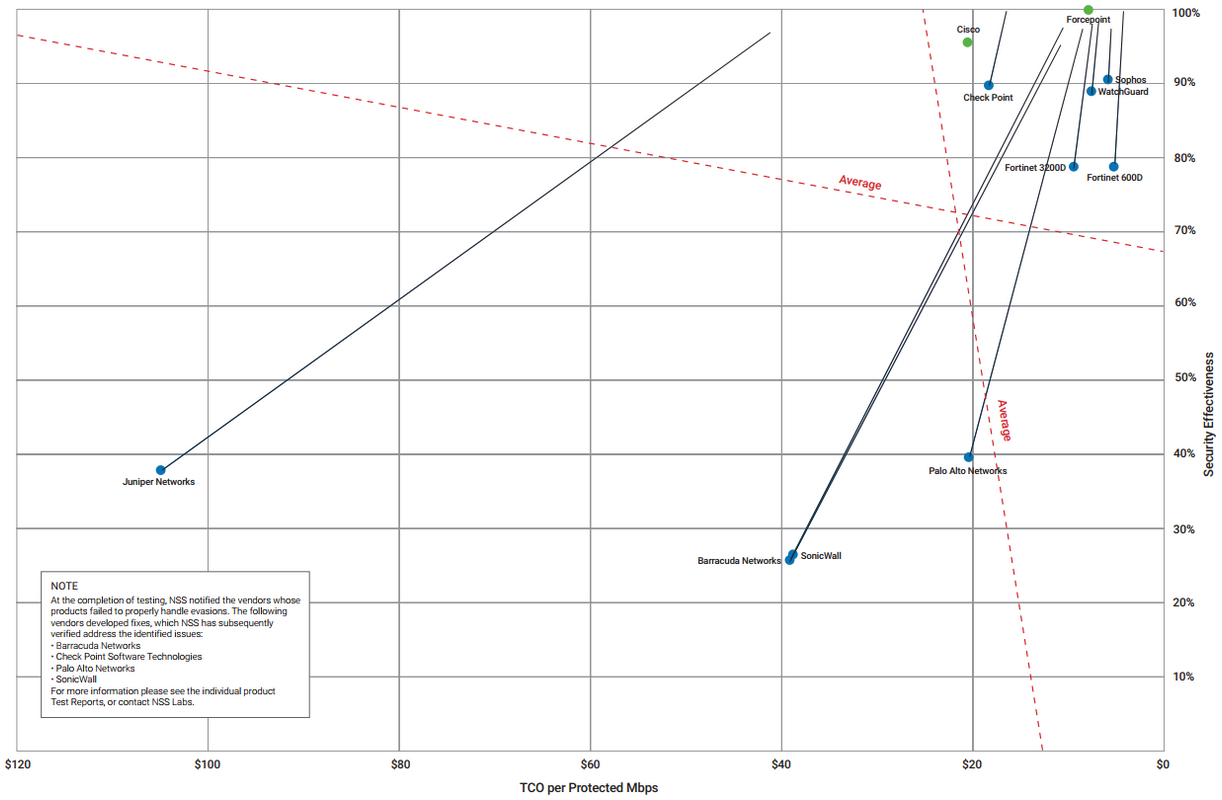 Hillstone Networks Next-Generation Firewall’s high marks include lowest for Total Cost of Ownership (TCO) per Protected Mbps, blocking 99.6% of exploits from the NSS exploit library and blocking 98.32% of live exploits over a 2-month period from December 1, 2015 – January 31, 2016.

2013
WatchGuard’s XTM 2050 appliance got poor marks and earned a caution designation after it fell well below competitors.